“The Echoes program for grades 6 through 8 is the largest middle school writing competition in the United States.”

Our middle school students have the opportunity to compete in a contest that has been going strong for the last 30 years. Students write and submit their own stories, skits, poems/songs, newscasts and advertisements into the contest. Some lucky winners will have the opportunity to see their written works performed by The REV Theatre Company. For the first time ever last year, the Chittenango 7th Grade won "Best Submissions" in the state-wide writing contest. Sydney Kent and Kaylynn Baldoze won the Showcased Author Award, which means their submission of “The Wackadoodle” was used in the recorded performance. Kierstin Checksfied won an Excellence in Writing Award for her “Space Story.” Also, Natalie Chapman won an Excellence in Writing Award for her submission. Hope Rock was awarded an Honorable Mention for “Room 118.” Submissions are due by December 1st. Contact your Middle School ELA teacher for more information, and go Bears! 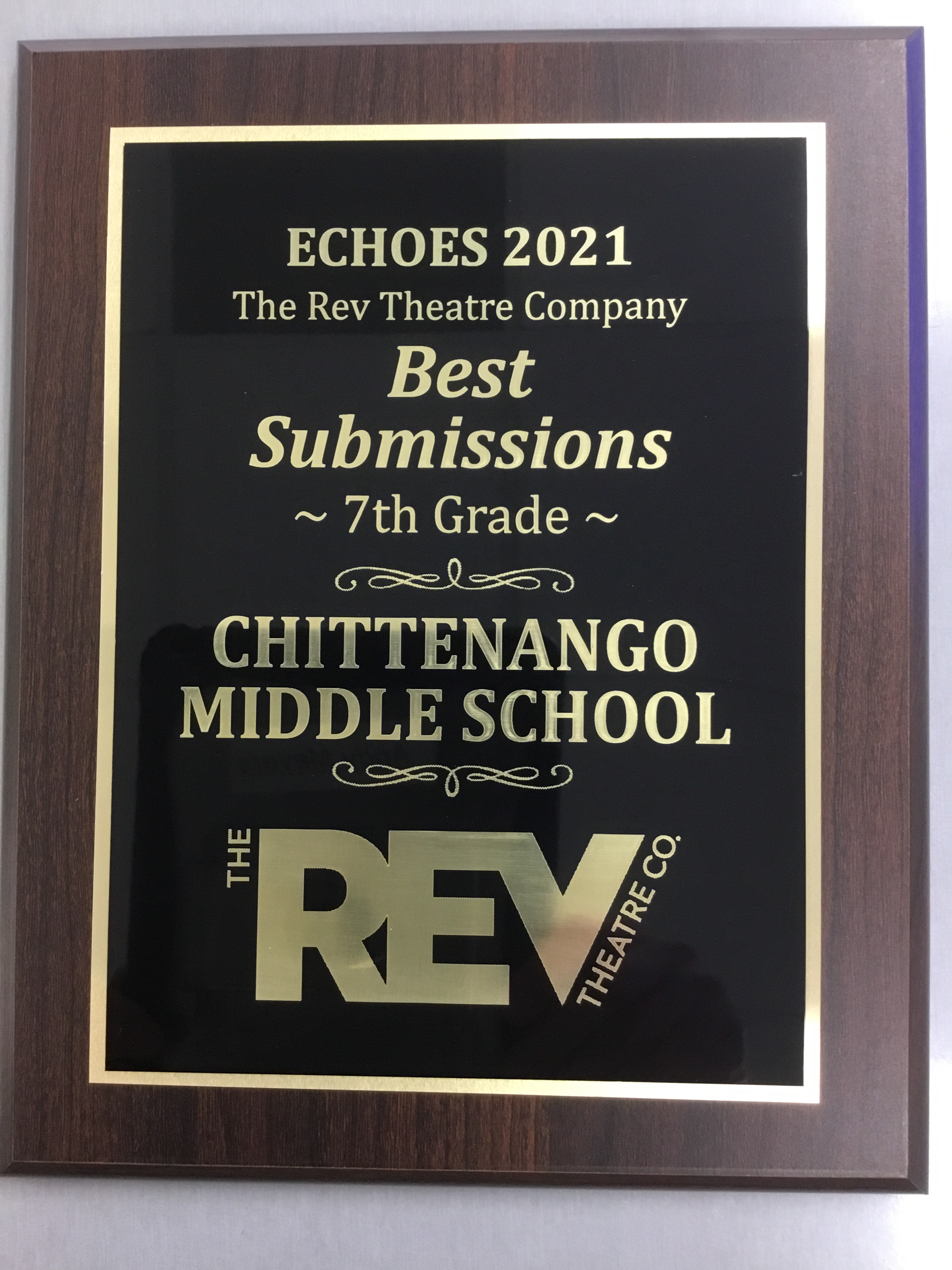